Your Budgie’s or Parakeet’s Sex 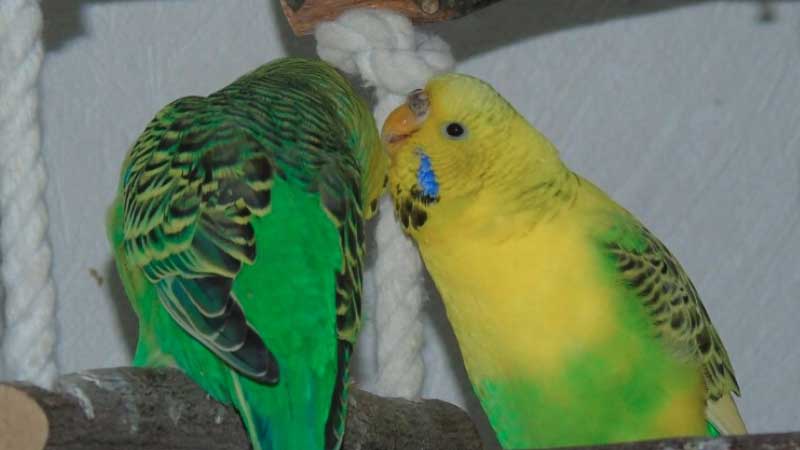 First, how old is your budgie? This often plays a role in whether or not you can tell it’s sex. If your budgie is not one year or older, you will not be able to tell for sure if it is a male or female.

Budgies are sexually dimorphic in only one way: the cere. The ceres of young budgies under 8-12 months are all about the same: a bright pink or violet color. As the budgie sexually matures, the cere changes according to the budgie’s sex.

If your budgie is less than one year old, the above rules are not applicable. The cere usually begins to change before one year of age but appears relatively ambiguous. A younger budgie’s cere can appear to be changing towards one sex and then change the other way upon full sexual maturity at one year of age. However if your young budgie’s cere develops the brown flaky appearance characteristic of female budgies you can be sure it is a female. You can also look at behavior to determine gender. Males often bob their heads, sing, and are usually more active and outgoing. Females are usually snitty and bossy over other budgies in the cage, and rarely sing. Females also usually make loud mad budgie sounds. Males sometimes make this sound too, but usually only when singing. If your budgie makes mad budgie sounds often it is most likely a female. Click here to hear a “mad budgie” recording.

Normal Male on the left. Normal Female on the right.